After a wild night's partying in Kerry to celebrate my best friend's birthday, we got up early this morning and headed back to Cork so I could take Flurry to the dressage show in Skevanish.

After three days of non-stop downpours, my paddock was an ocean of mud - just the sort of stuff Flurry loves to coat himself with.  I put a light rug on him on Saturday in the hopes of keeping him clean for Sunday morning.  My hopes were crushed, however, when we drove past our paddock and I saw that he was wearing his rug around his neck, leaving his body exposed to the joys of rolling. 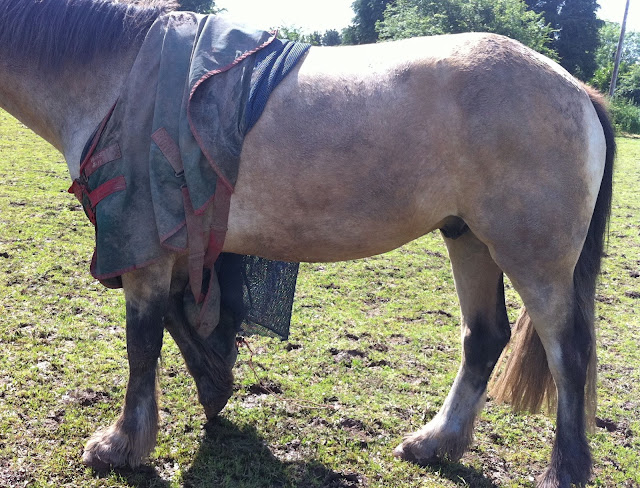 An hour of serious mud-scraping ensued, using the invaluable "American Curry" that we bought in France. 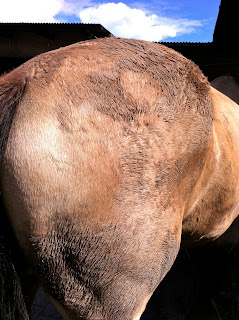 I had already decided that he was going unplaited - after a late night and with limited time, I had no intention of torturing myself by attempting to plait his wild & unpulled mane.  I figured I could point to his Connemara ancestry and say that I should be allowed present him in his "natural state" (which would actually mean "covered in muck").

We hit the road exactly an hour and a half after arriving home and arrived at Skevanish half an hour later - pretty good going, I have to say.  There had been a couple of last minute cancellations, which left quite a gap in Prelim 14, so I decided to push on and warm up straight away so I could go early.


Flurry felt a little on his toes, but behaved impeccably in the warm up.  Before I knew it, it was time to go in....
...and I'd forgotten to allow myself time to sit and do a final mental run-through of the test.
I didn't actually realise this until I turned down the centre-line to start and I went "Oh sh*t.  Hope I know this..."

I seemed to!  It all went great.  Trot work was good, we got mostly sevens, 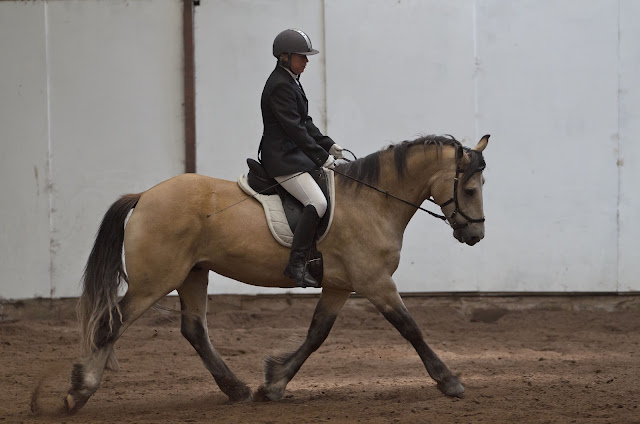 canter transitions could have been better, though. 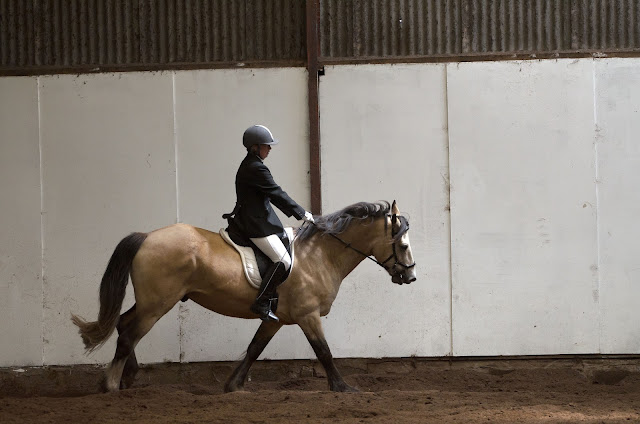 I felt balanced on him, he felt steady in my hands but not heavy. 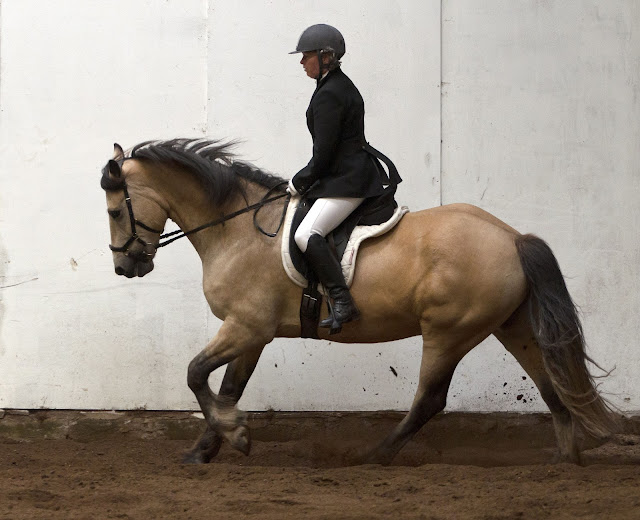 We finished our last canter, came past the judge at C and headed across the diagonal.... and my brain screamed "NO! YOU'VE GONE WRONG" so I stopped and said "I've gone wrong, haven't I?"

No I hadn't!  Arrgh!  I added a two point penalty for no reason!  We came down the centre line to finish up, I was riding "positively" to try to make up for my error, and I rode him forwards to a nice halt.
Damn, I thought, he's crooked, and tried to straighten him.  Judge's comment "Overcorrected halt." Grrrr.  <Smacks Head>

Our final score?  A Personal Best of 65% WITH a mistake!  We're half-way to being qualified for the National Championships!  Very excited!

Once Flurry was tucked away in the horsebox with his haylage, I got stuck into scribing for the rest of the day.  The LSH (who was on duty as photographer) took Flurry home shortly after we'd finished, and I got a lift home later on.

Home unfortunately had the crashing down-side of the roller-coaster waiting for me.  Aero had gone from being absolutely fine in the morning to profoundly lame, barely weight-bearing on his left fore.  There's a bit of heat in his hoof, which points towards an abscess, but there's also a teeny bit of swelling on the inside of his tendon.  I'm praying the swelling is from infection in the foot and that he hasn't pulled a tendon.

His hoof is all poulticed up, and I'll see how he is in the morning.  Poor baby is most unimpressed at being stabled all by himself.