A trip down Memory Layne

I'm visiting Ireland to see my mother and the YD.  I hired a car at Shannon airport to go to Cork, and after I left it back, I went for a wander through Shannon town with my friend Elayne (who has featured in this blog before).  We both grew up here and we had fun revisiting our old haunts, so I thought I would share our roots with you all.

This little sunken area is where we played when we were little.  The community hall was on the patch of concrete in the background, but it was set on fire a couple of times and was demolished recently.  When we were small, we used to play "The Billy Goats Gruff" on the bridge - somebody was picked to be the Troll and hid under the bridge and then leaped out and chased the Billy Goats when they tried to cross.  Simple pleasures, simpler times. 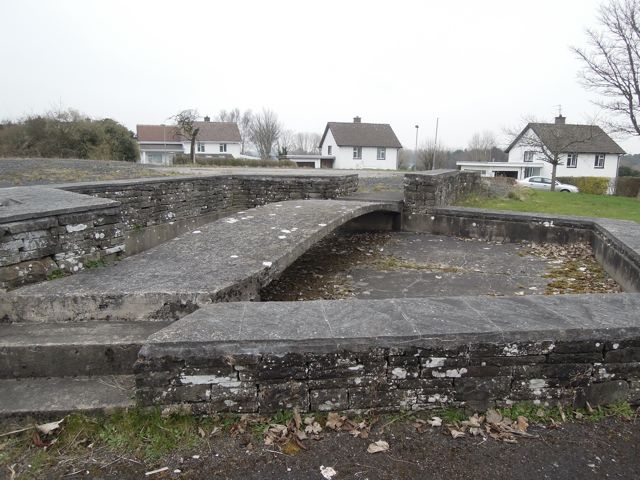 My first home was in one of the blocks of flats in the background. 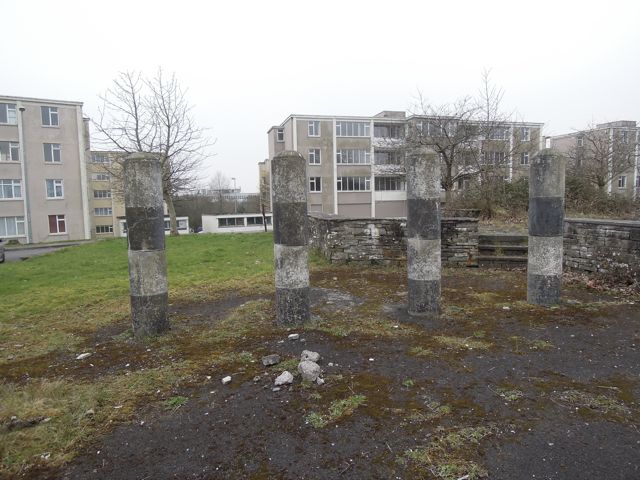 There used to be three swings here, strung between the concrete pillars.  See the stone wall behind the pillars?  That was VERY VERY high and jumping off it was a massive feat of bravery and sometimes resulted in a scabby knee.

The former home of the Shannon Lawn Tennis Club, where I spent many an unhappy hour perfecting the Fresh Air Shot.  Nobody realised I needed glasses for years.  I also wasn't particularly interested in tennis... nobody realised that, either. 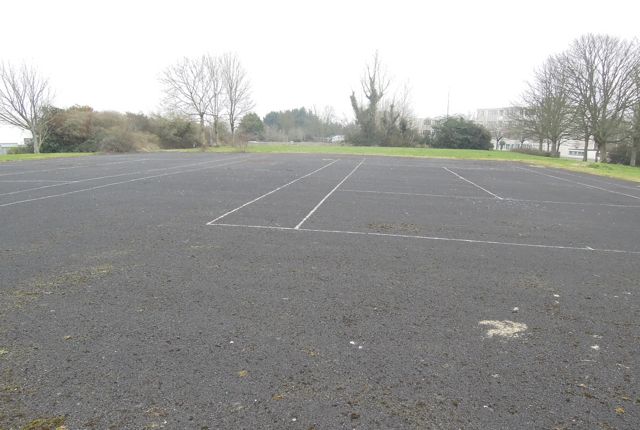 There used to be a clubhouse on the far side of the courts, a green portacabin, but that's gone too.

The mighty Shannon estuary.  I used to love walking or cycling down here or on one of the other "points," as we used to call these peninsulas which jut out into the river.  That's County Limerick on the other side. 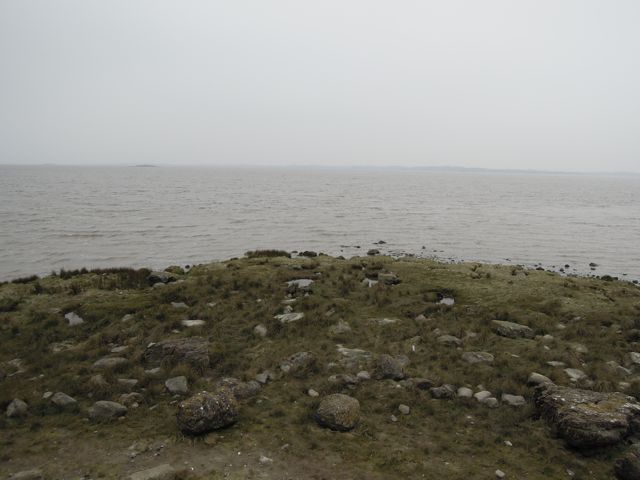 Outside our first school : 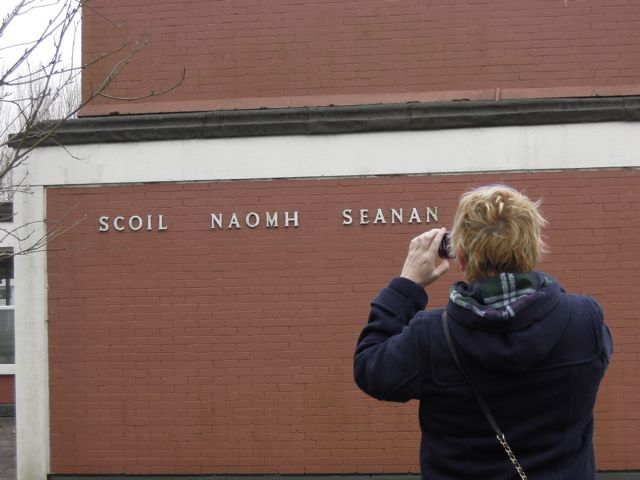 We were very careful not to look like we were trying to photograph kids in case someone called the Guards!

This used to be the football pitch for the school.  The boys played football or hurling while the girls did knitting and sewing.  Different times, folks. 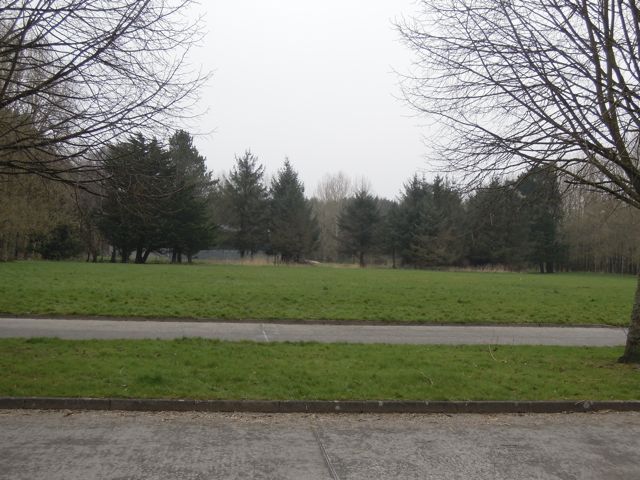 The church, which is straight across the road from the school.  Where we all went every Sunday, no matter what.  Did I say different times already? 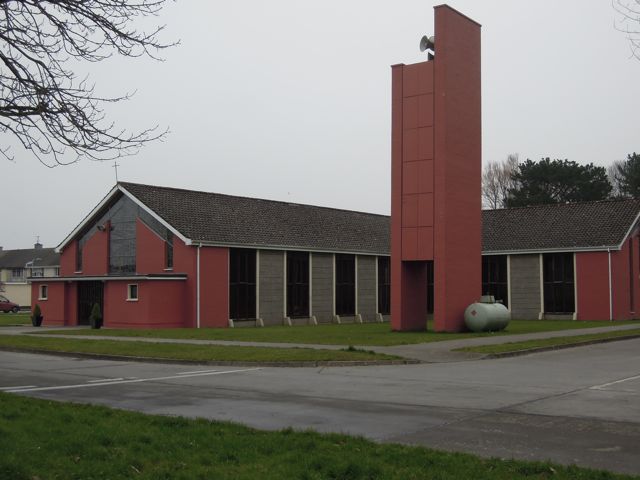 This is me in front of my second home.  My earliest memory is of playing on the street in front of this house, I was probably about two and a half or three years old. 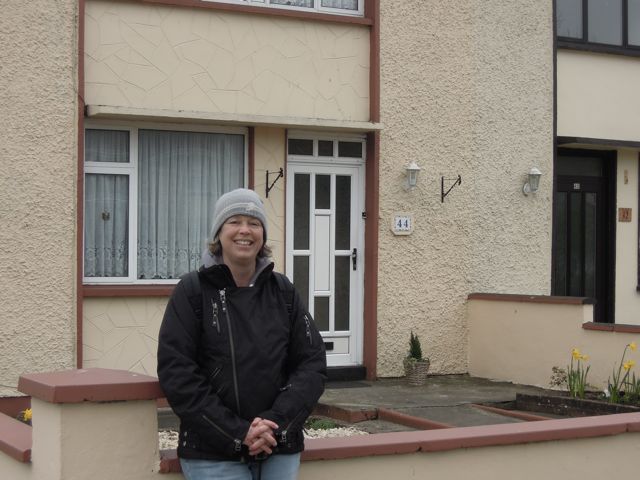 One of the local hostelries.  It was the only local hostelry initially, apart from the bar at the airport, two miles away. 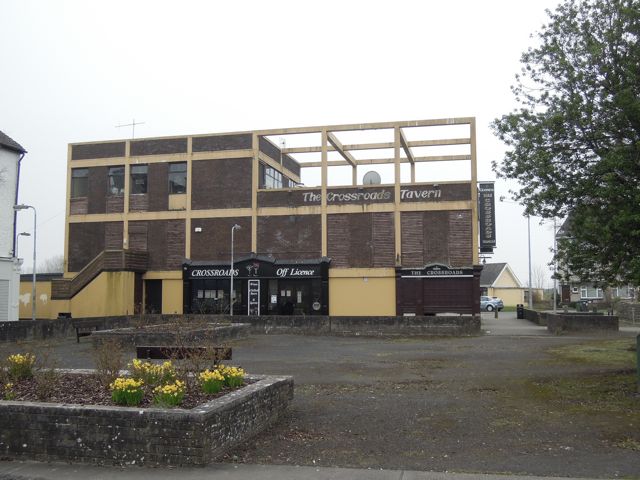 Yeah, I know it looks a bit grim.  The daffodils were nice though. 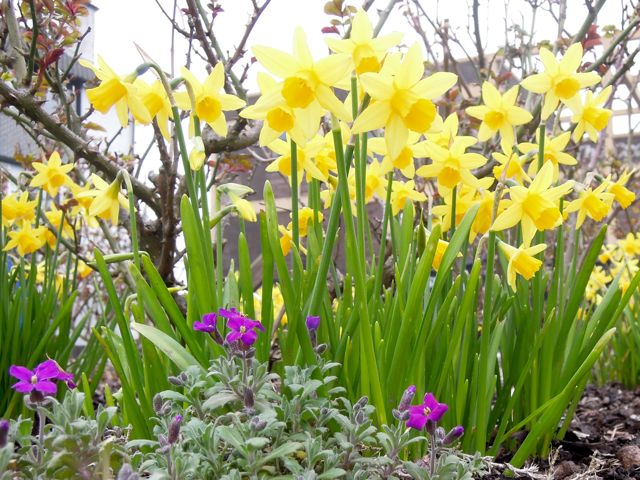 Shannon in the 1960s was a strange place, it was custom built to provide housing for the the brand new industrial estate which grew up beside the airport.  My family was one of the earliest to move there.  Everybody was a blow-in which made us all equal, although some people were more equal than others and lived in "posh" houses like this : 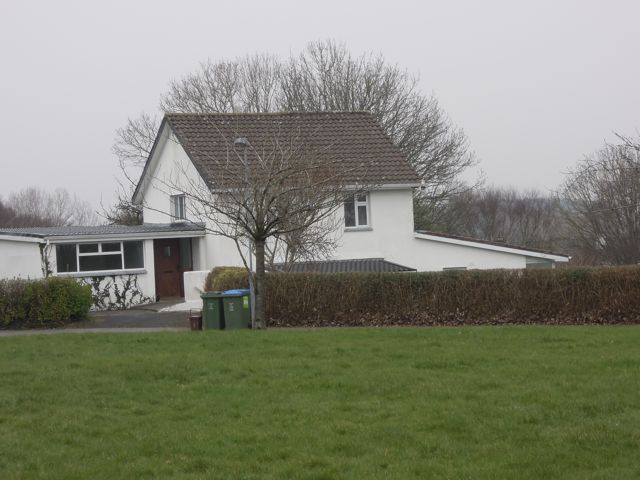 This house is one of a row which is straight across from the blocks of flats in the first picture.  We thought they were HUGE, but they look so small and ordinary, now.  Initially, the flats and these houses were the only accommodation in Shannon, apart from some really grotty barrack-style hostels at the airport itself where my father lived initially.  Elayne's family lived in "the flats" too - apparently they brought the population up to 302 when they arrived!  Then the first stretch of "housing estates" was built, which was where I lived from the age of two to four, and after that the town mushroomed, with a massive boom in the seventies and another more recent boom in the late 1990s.  According to Wikipedia, the population now stands at about 9,600.

This was my third home, where I lived from the age of four to fourteen. 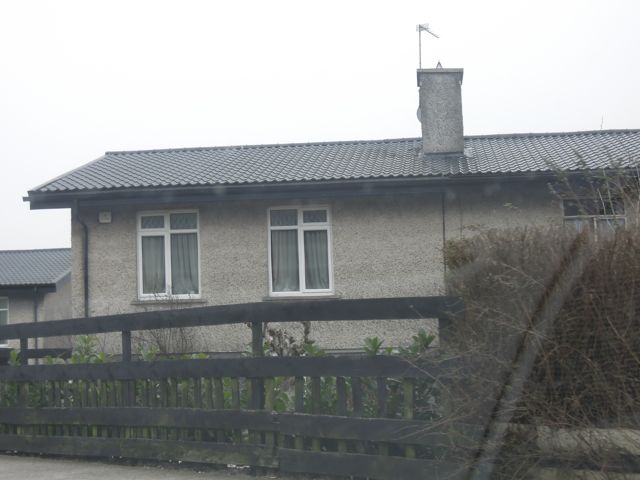 Just as I was about to leap out and take a photo, a car pulled up outside and stayed there, so we ended up doing a "drive-by shooting" instead.  I didn't want to look as if we were casing the joint or anything like that.

Then we whizzed by our old secondary school, which looks much the same as it always did, except somehow the yellow brick on the walls has become red.  This school was pretty special, it was Ireland's first ever Comprehensive and heralded a new era in education.  We were guinea-pigs and they tried out a lot of new courses on us before introducing them into the mainstream school system. 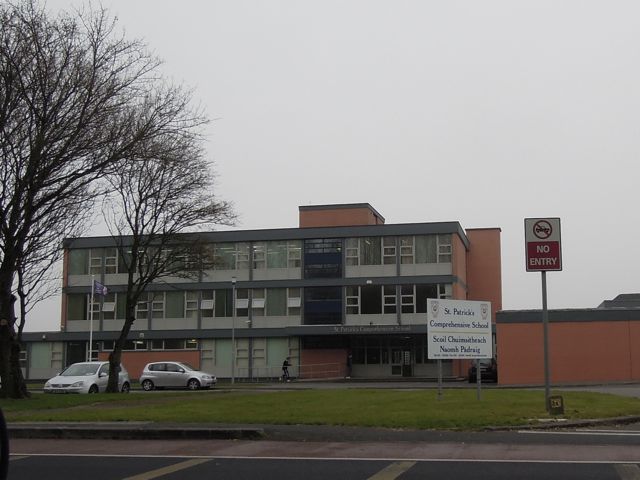 After that, we had a look at some of Elayne's former homes, where she lived in the early years of her (first) marriage, and then drove back to Granny's house via the scenic route. 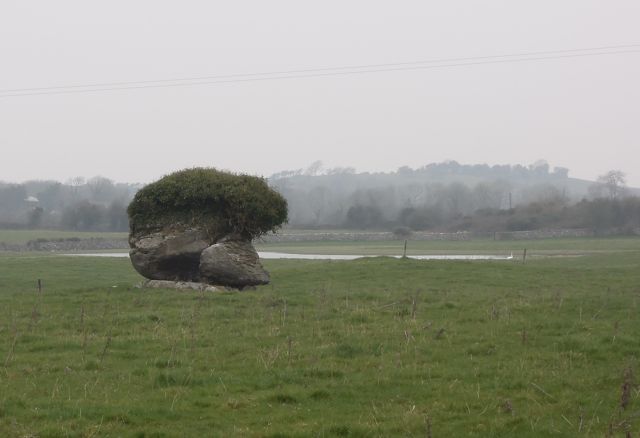 A dolmen type-thing we passed along the way.

Granny's house (my fifth home, the fourth one was only a temporary rented house so it doesn't count) looks out over this beautiful lake.  It's a lot nicer than Shannon, and most importantly, the riding school was only three miles away! 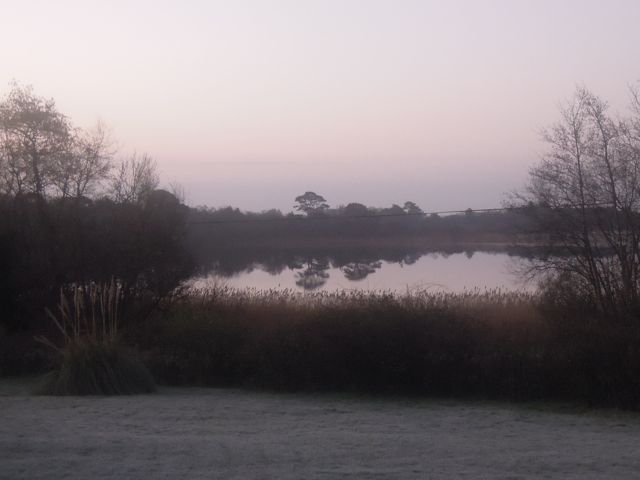