As I write, Cinnamon is stretched out on the couch beside me
Cookie is curled up in what she deems to be an ideal dog bed (it's a pouffe!)
In the corner of the room, the LSH is working.  It's just like home!

Our journey was completely painless, thanks to Irish Ferries' ability to seamlessly absorb a load of extra vehicles, passengers and animals.  I've never seen their kennels so full - up to now, Cookie & Cinny have had a double sized large kennel to share, but this time they were in a single.  No matter, they were remarkably content.  Cookie was even relaxed enough to "use the facilities" each time we took them out for a leg stretch, and Cinnamon eventually condescended to have a wee, too, about four hours before we docked.
The only minor issue that we had was with the sailing time.  The last two times we sailed with Irish Ferries, we left mid-afternoon and arrived the following morning, but, this time, the Oscar Wilde left Rosslare at 9.30pm and arrived in Cherbourg at 4.30pm.  We had 500km to cover before we reached our hotel in Vierzon.  Dinner was a sandwich picked up along the way - a far cry from the luxury of pulling into a hotel at 6pm with plenty of time to relax and freshen up before a delicious dinner.

It was a beautiful morning, crisp and fresh,
although apparently the weather was not so good in Provence!
Jeepy was struggling with the heavy load, particularly in the mountains after Clermont-Ferrand, so we went easy on the throttle and let her find her own speed up the hills.  We slowed down a lot and burned a lot of fuel, but eventually we left the hills behind us and descended towards St Etienne, thankfully, with a still-functioning old Landcruiser.

Joining the Autoroute du Soleil at Lyon felt like we were nearly "home", but there was still a long way to go.  We ran into some of that rain-belt just before Lyon and the skies remained very overcast for the rest of the journey, but temperatures were a toasty 18C - I think that's as warm as it got in Cork all summer!

Our old friend Mont Ventoux, who watched over the first 200km of Le Big Trek, peered over the horizon just after we passed Orange - now it really felt like we were close!

At last, we arrived in a rain-washed and deserted Apt - half an hour to go!  The landscape became ever more familiar, this Cabanon selling fruit and veg was just being built while we were here last winter. 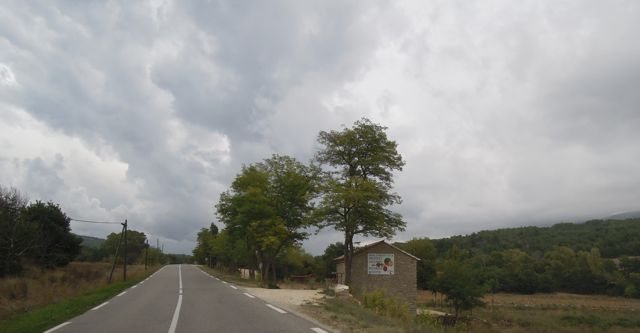 Then we could see La Gardette in the distance, with a cloud shrouded Grand Luberon to the right

and before we knew it, we were at the roundabout in Céreste.
This time, though, we still had a bit further to go, so we continued out the East side of Céreste, through this wonderful tree-lined section of the D900 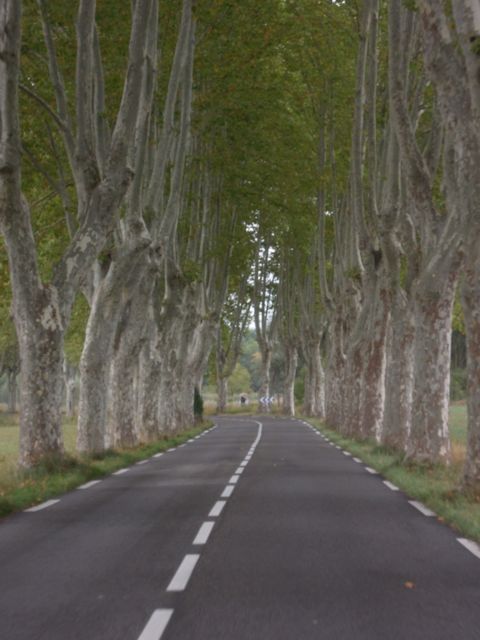 until FINALLY, after 52 hours of travelling, we arrived at Les Granons and our home for the next year. 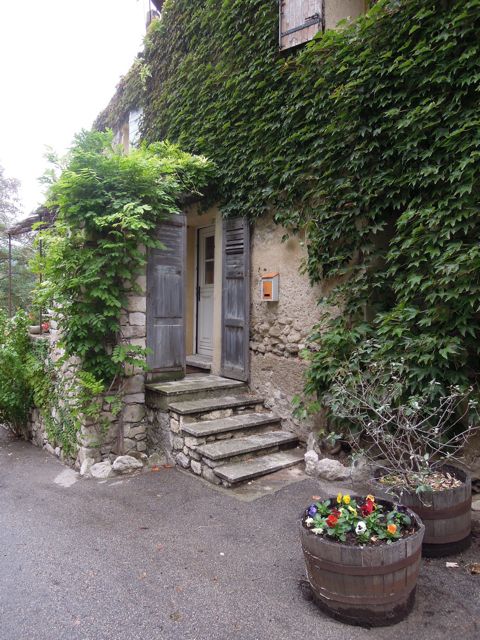 ...just as a mighty thunderstorm descended and the heavens opened!  Plans for unloading were deferred to the following morning and we just unpacked the basics needed for ourselves and the dogs.

The house is lovely, here's a quick tour.  This is the kitchen, looking towards the door pictured in the exterior shot. 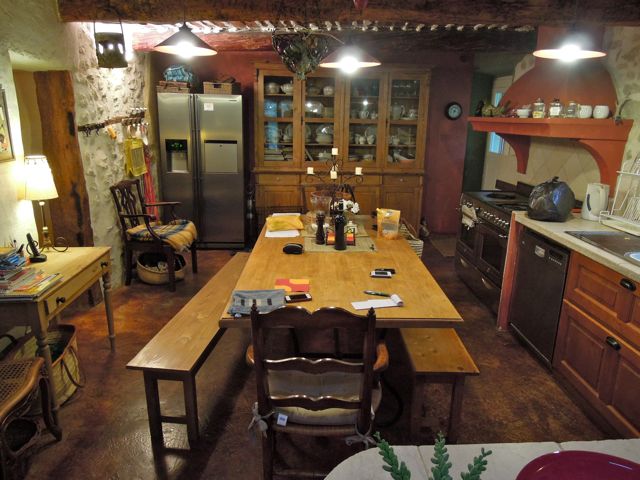 It's all open plan, there's a dining area beside the kitchen 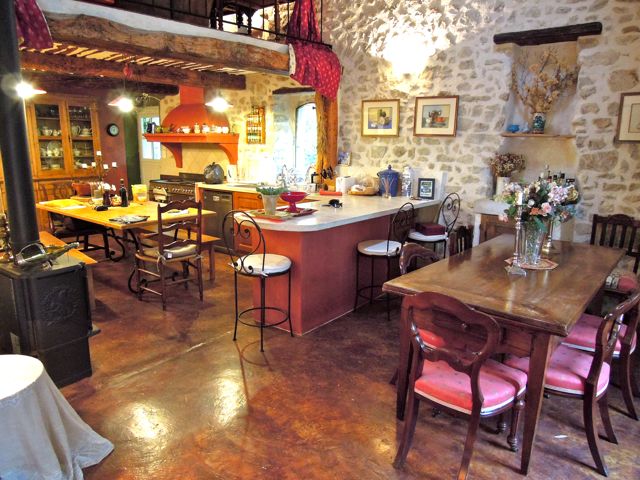 and a little sitting room with a big wood-burning stove off that. 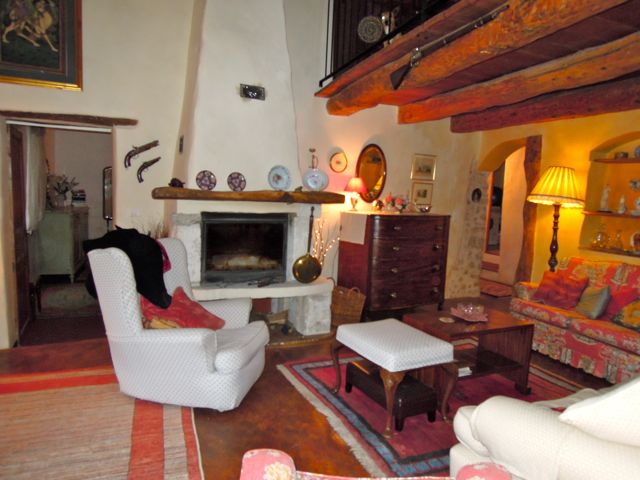 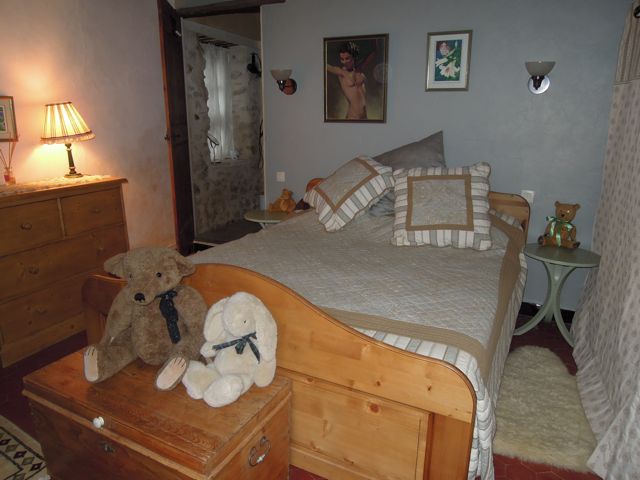 and an "under the stairs" cubby which is a great dog bedroom! 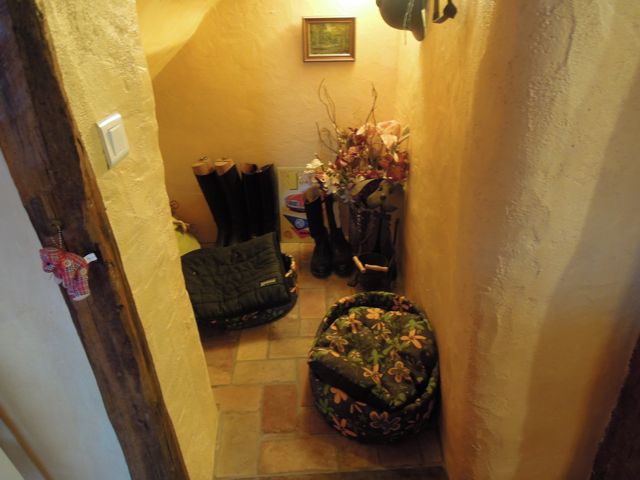 This corridor leads to a back door, loo and utility room 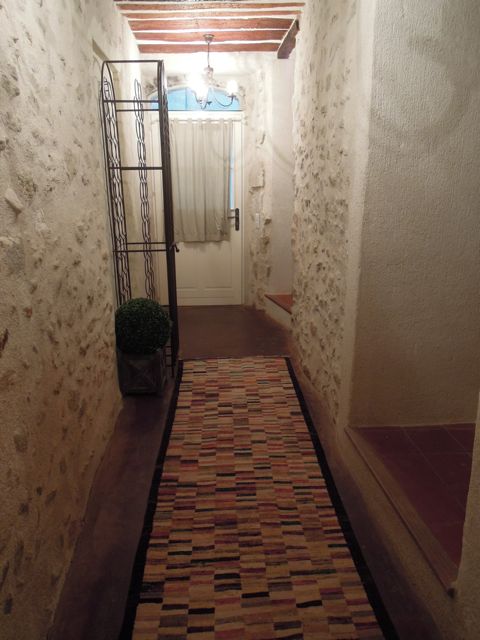 and on the other side of the utility room is this enormous storage area.  This is where I'll keep most of my horse gear. 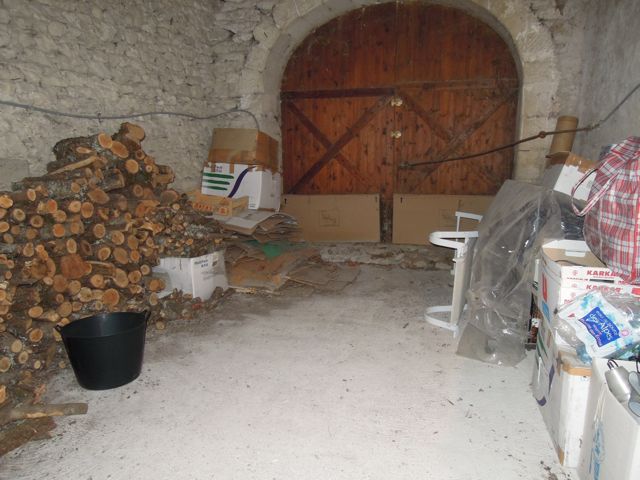 Upstairs, then, there's another bedroom, which we have appropriated. 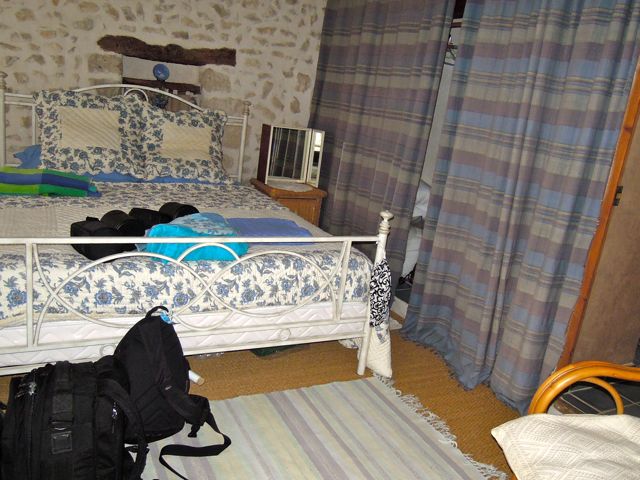 It has a lovely terrace off it, which was very wet, with a very cloudy view of Le Grand Luberon on the day we arrived. 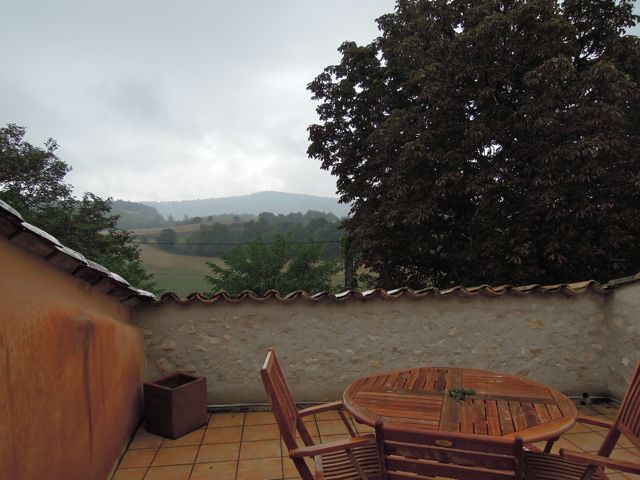 Then there's this sort of landing area 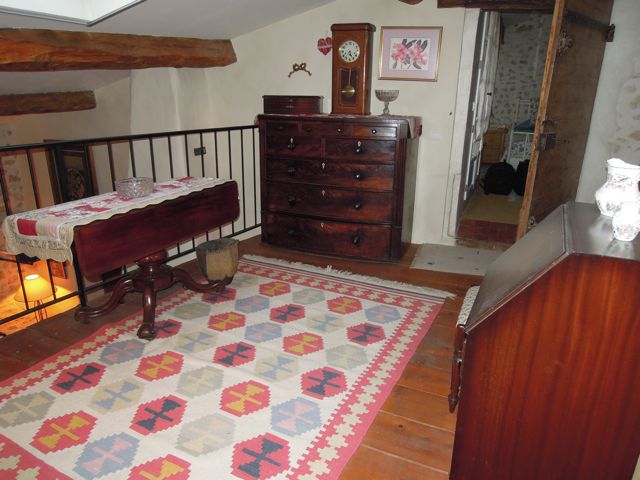 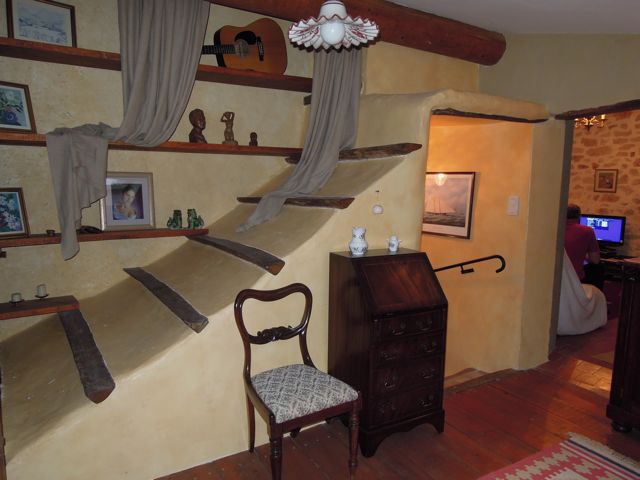 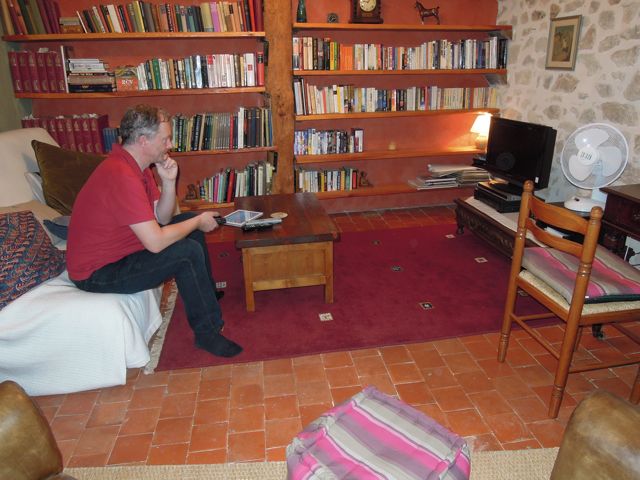 Well, actually, not finally.  There's also the Bergerie underneath the house itself, which used to contain animals but now contains the landlords cars and motorbikes.  There's also a little garden and a summer house, which is like a teeny-weeny little chalet, and could probably house any visiting young people who want to feel like they're camping.
Today was our first full day here. We unloaded the jeep and horsebox first thing this morning, and I've spent most of the day unpacking.  It's about 70% done now, I'll get a lot more done tomorrow, though I'll leave the horse gear for a while - I need to figure out just how and where I will keep it. I'm thinking I'll keep the smelly rugs in the Bergerie and everything else in the big storeroom.

The other thing I really need to do is a big shopping, so tomorrow I'm off to Manosque.

And so, a new normality evolves!