There's a feeling in the air, a hint of something coming.  It's not just me, others have noticed it too - there's more activity going on, more people around, more of a bustle about the place.

I spotted this on a walk ten days ago, just before the snow fell : 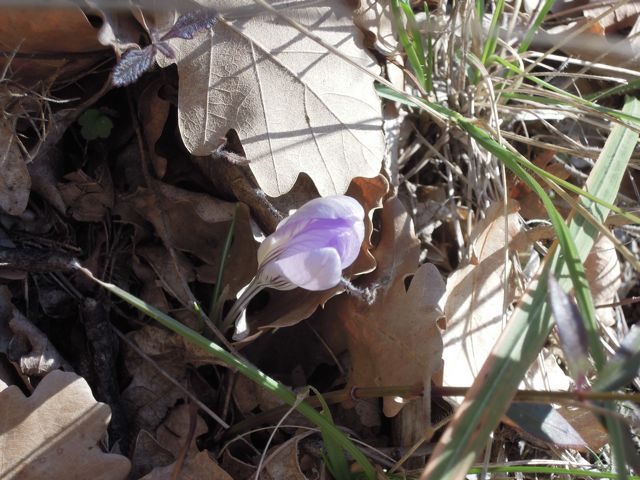 Last week, I noticed that a certain dark bay horse is starting to do this : 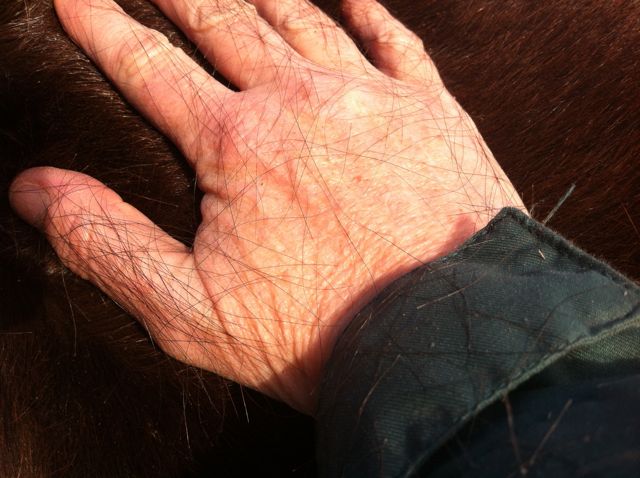 and I saw a whole bunch of these guys sunning themselves, the same day : 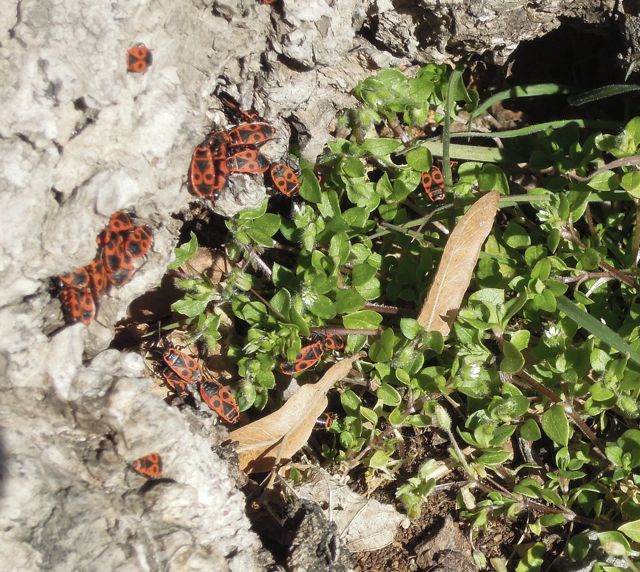 Today I took the dogs for a walk along the ridge near Montjustin. I have to confess to having bought a retractable leash for Cookie, not something I ever thought I would do!  It's hard to see, but it stands out more clearly in the shadow : 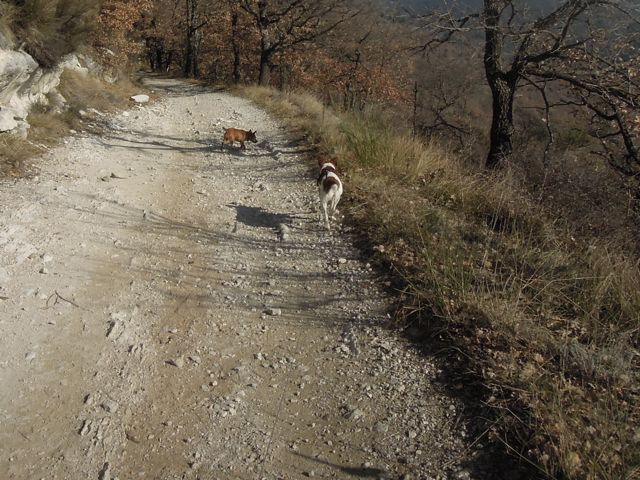 She loves it.  Apparently it tastes delicious. 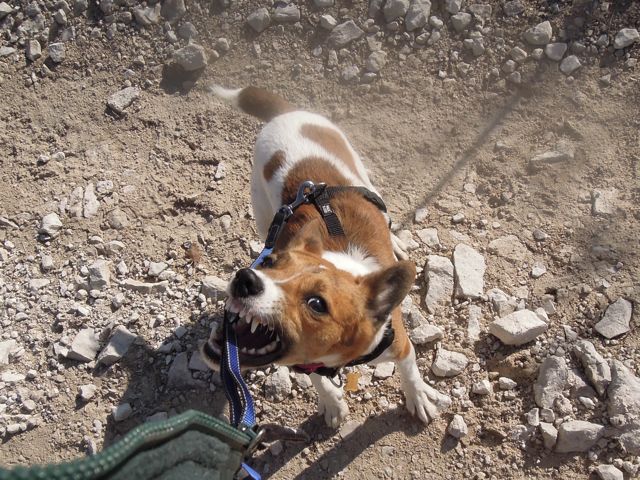 (Such behaviour is frowned on.  We've been frowning on it for 18 months now.  I don't think frowning is working.)

The ridge was just glorious.  The dogs had a great time, and it was nice and dry so I didn't have to worry about Cinny's wounds getting wet and dirty.  There were a few lizards trying to warm up in the sunshine, which both dogs thought was great fun. 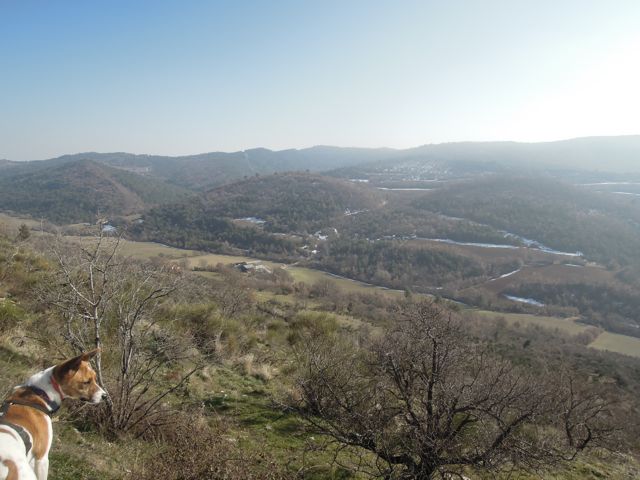 There were loads of bees doing something very industrious at a puddle.  Don't ask, I have no idea.  I just hope you can see them.

I saw a hummingbird hawkmoth - a live one, this poor sod died last week trying to butt his way out of one of our skylights. 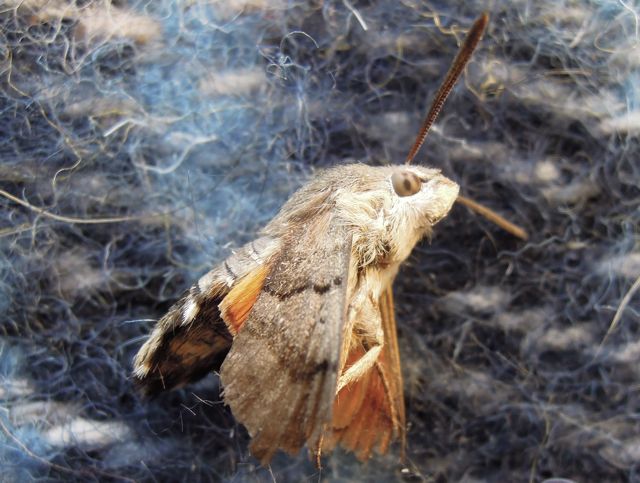 I saw two butterflies, and managed to get a photo of one 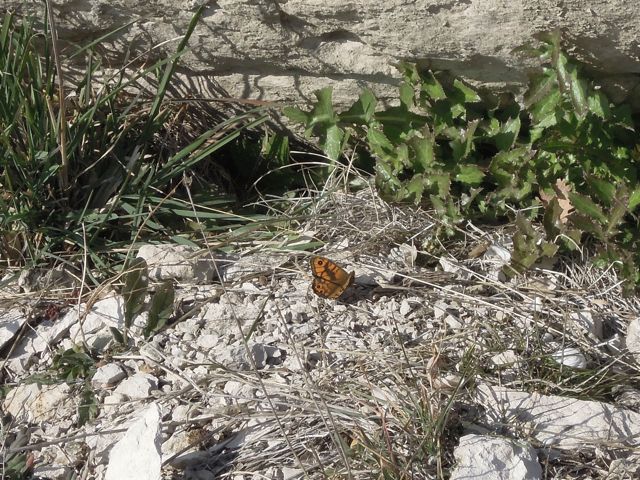 I saw a booted eagle too, soaring high above the valley floor, level with me.  By the time I got my camera out, he had soared right behind some trees.  Typical.

I saw a hint of leaf buds on an almond tree 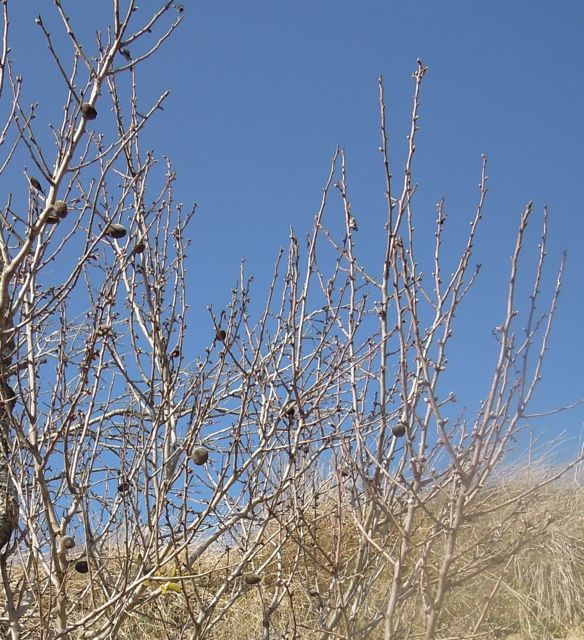 and a more definite hint of blossoms to come : 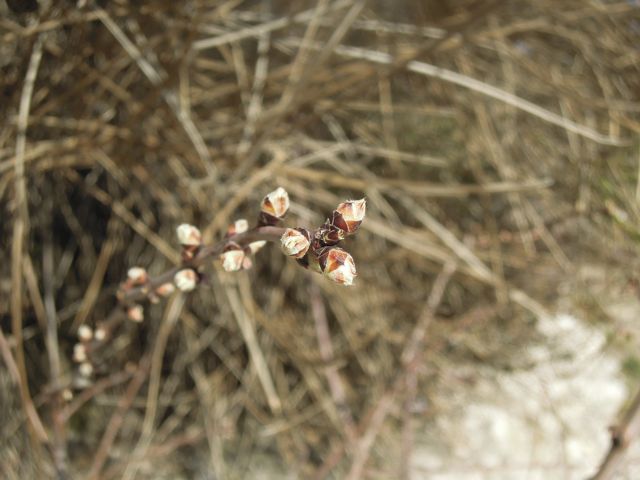 Only a week after this 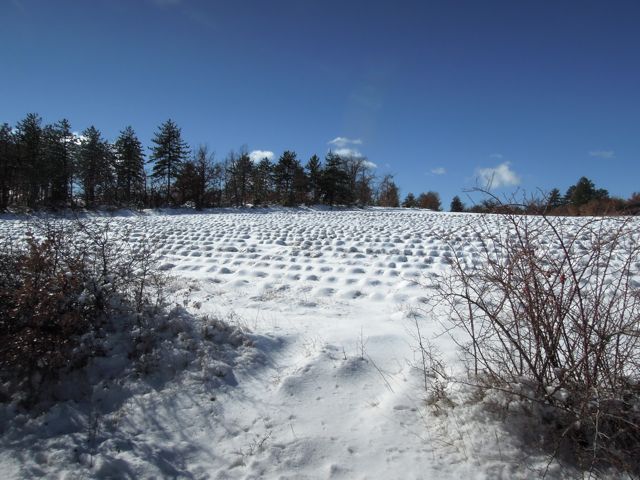 there is a definite promise of Spring in the air.

My promise is to stop being a lazy so-n-so and get my butt back in the saddle.  Cross my heart.
Posted by Martine at 22:36