It began yesterday afternoon, just before we took the dogs for a walk.  It was only the very lightest sprinkle - more like mist falling as snow - so we went off to the Watermeadows anyway and walked the dogs.  Then we went to our English friends' house to watch the rugby - Ireland v England.

They had very kindly decorated their house for the match... 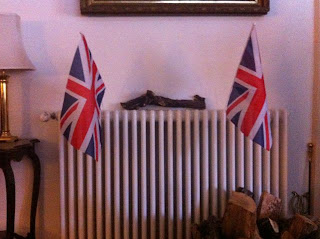 and even offered us a flag to wave... 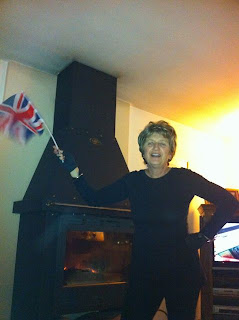 Now I regret not bringing a Tricolour to France with me.

Unfortunately the wrong team won - but enough about rugby, it's too difficult to think about it right now (sob!).

We had both enjoyed a few glasses of wine, so we left Jeepy parked in front of their house, donned our reflective tabards and head torches and walked home.  The snow was still falling, and was doing it quite a bit more seriously at this stage, leaving a good covering on the main road, but it was easy enough to walk in and we made it home in about twenty minutes.

The snow continued to fall all night, and we awoke to this: 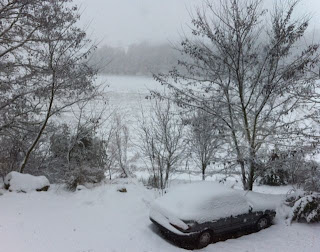 I checked the weather forecast over breakfast and learned that we had a Vigilance Orange in our area, with the snow expected to continue throughout the day, followed by a sharp frost tonight.  The LSH decided he'd better go and get Jeepy sooner rather than later, and we also needed some essential food items, so he wrapped up well, donned the trusty reflective jacket and bravely headed out into the elements to pick up the jeep and go to Ceréste to stock up. 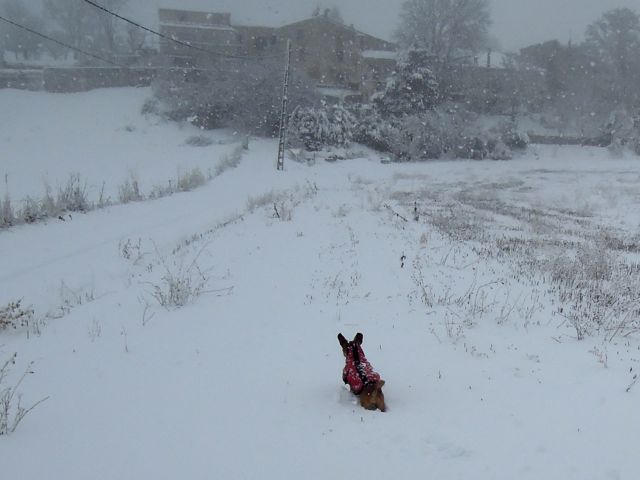 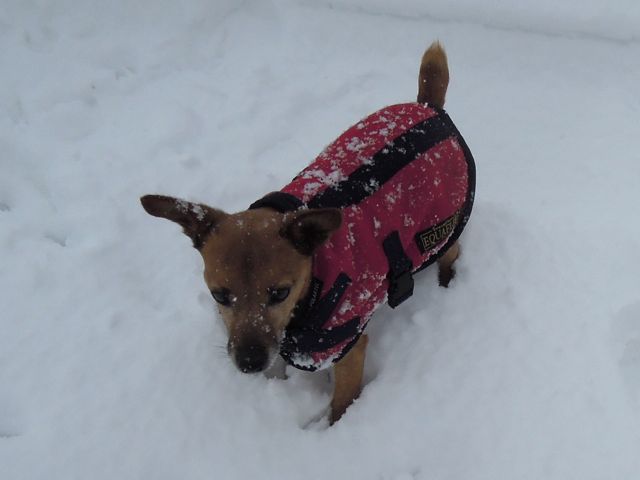 I played with my camera and took a few photos :
Now we're going to play a little game... Out of the seven photos above, how many of them contain a Cinnamon?  It's the Small Brown Dog equivalent of Where's Waldo! Answers in the comment section below, please!

After walking back up through the garden, I remembered the Vet's dire warning about having Cinny out in very cold weather, so I figured she'd probably had enough fun anyway and brought her back to the house.  I hadn't had enough yet, though, and Cookie and I went out again, to explore the road towards Villemus.

The main road to Manosque had been ploughed, but was well covered once again. 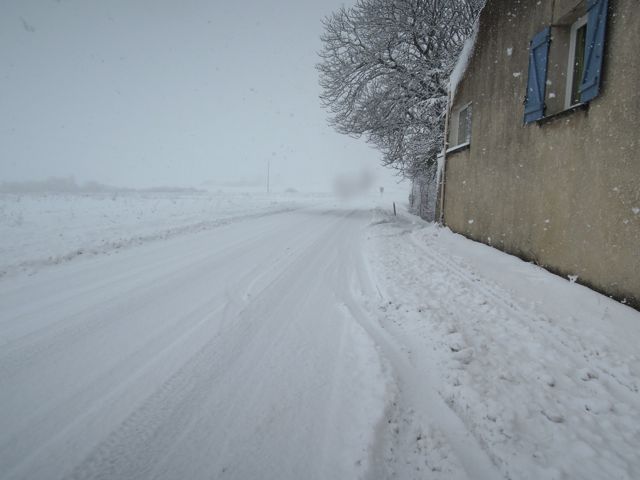 The view of the Alps was a little different today, 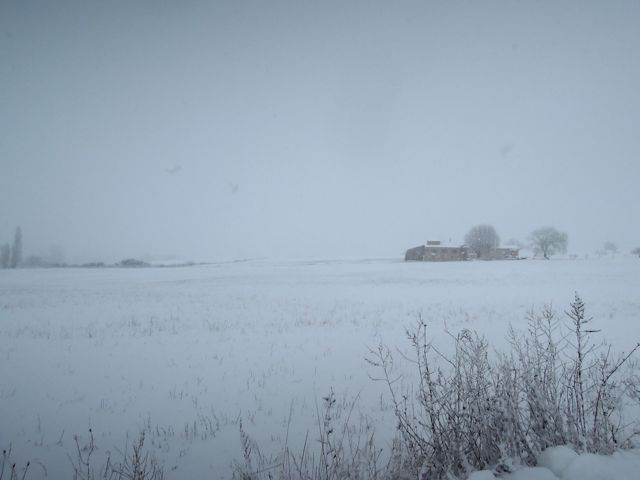 ...they're there somewhere, I swear!

We walked as far as the little tumbledown shed which I used for Sunday Stills "Barns" a while back.  I tried a few different shots, including sepia and high-contrast monochrome, but this is my favourite : 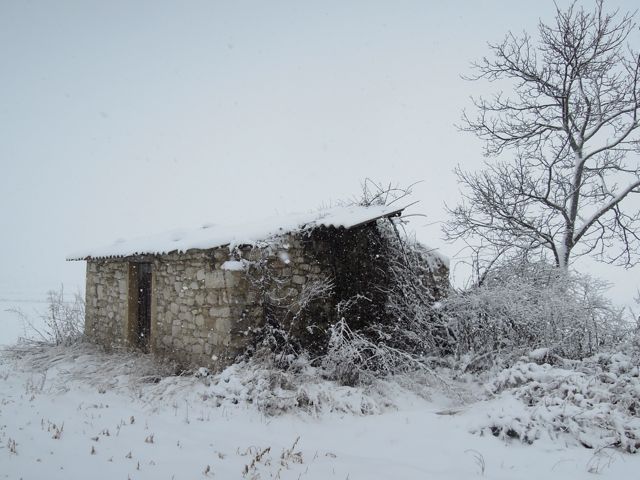 I felt sorry for Cookie, she would have loved to be off-leash, but with our neighbours' free-ranging cats and chickens, it's too big a risk, so she had to content herself with bounding around at the end of the leash and snuffling in the snow at my side. 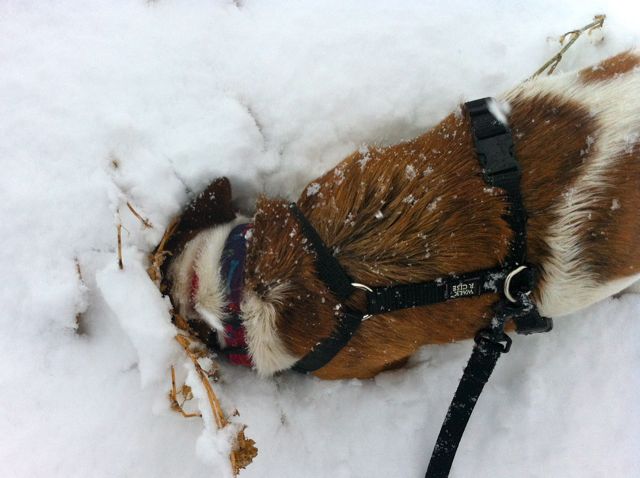 I think she had fun, all the same.

I took lots and lots of snow-scene photos, here's some of the best. 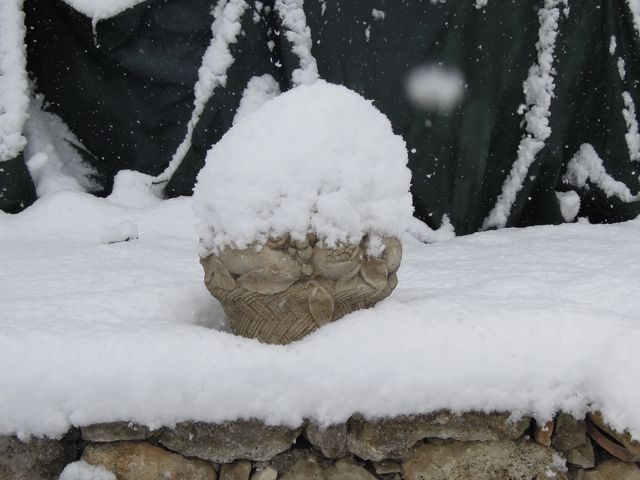 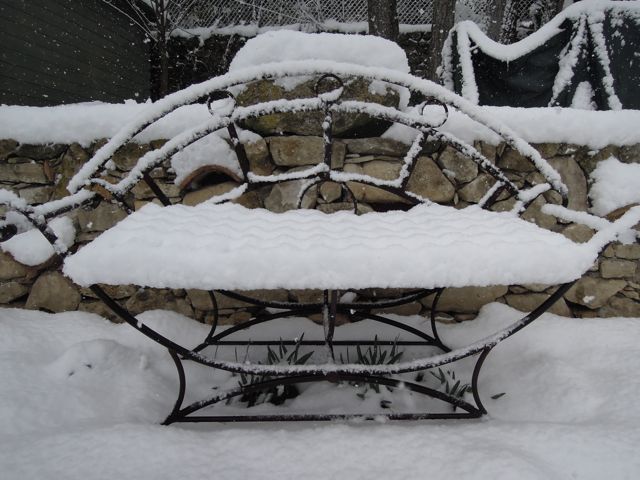 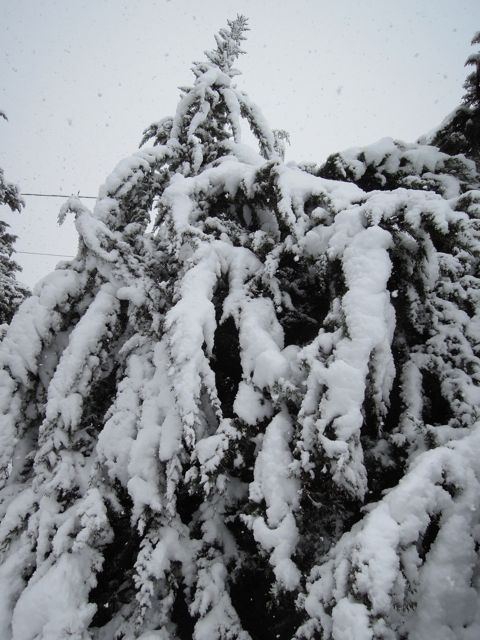 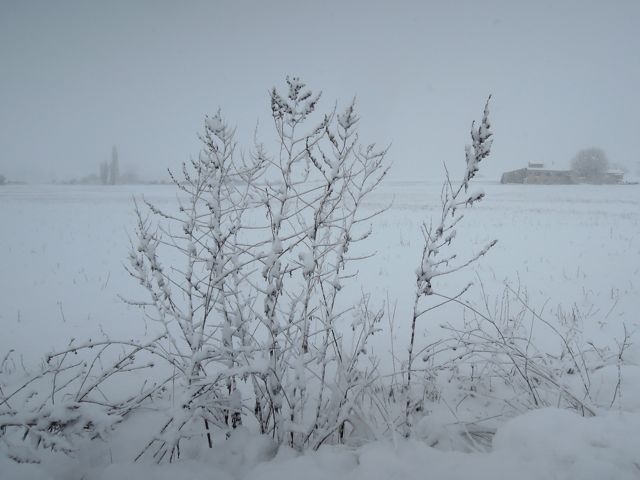 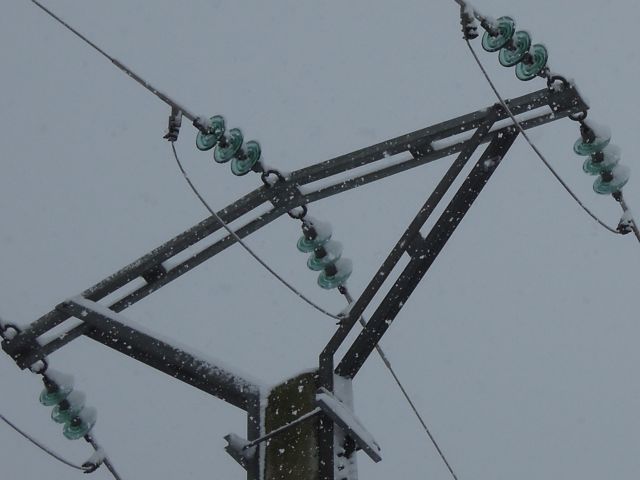 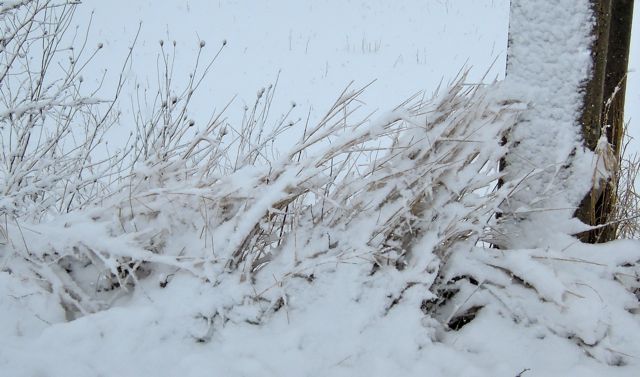 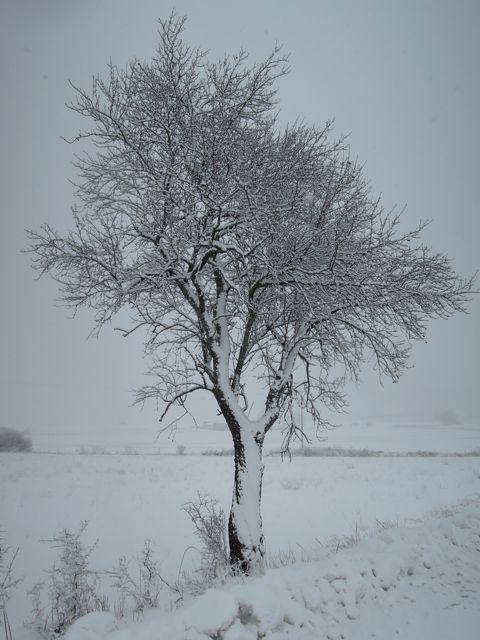 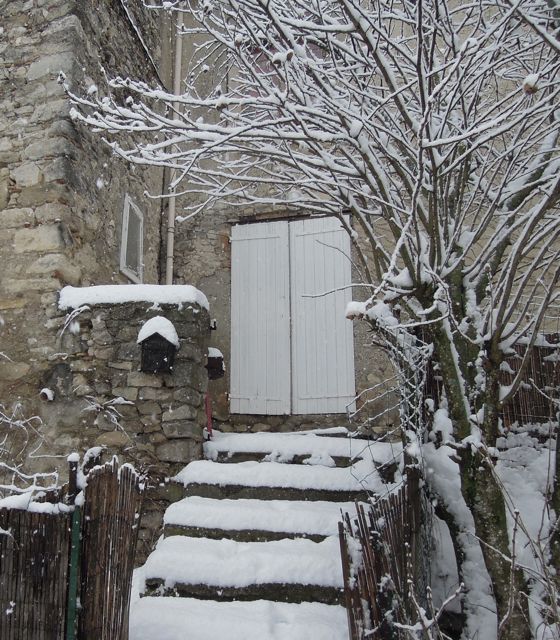 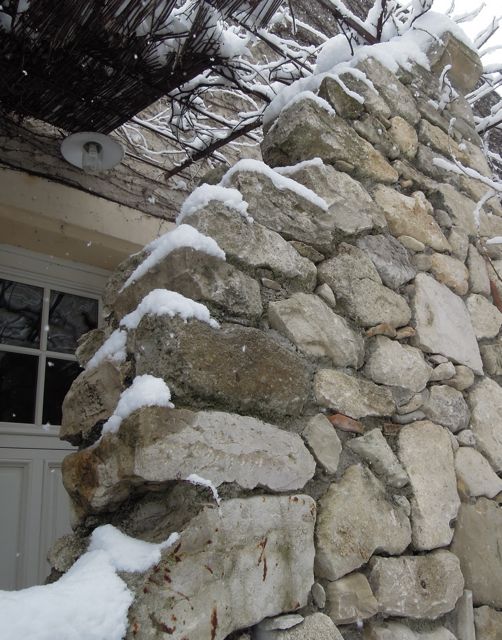 While I was having all this fun, the LSH had retrieved Jeepy and was en route to Ceréste.  The road was pretty bad, it hadn't been cleared even though it's a major thoroughfare, but everyone was driving very slowly and carefully.  He bought our bits and pieces and started to make his way homewards, to find traffic at a standstill on a slightly hilly bit.

There were a lot of trucks stuck, unable to make it up the hill, but insisting on trying anyway, plus a few cars who couldn't make it either.  He waited his turn, and cruised past them easily with 4WD engaged.  Then it turned out that the Manosque road was closed - there had been an accident on the high part near Montfuron, and the Gendarmes were diverting everyone away.  He had to roll down the window and produce his best French accent to tell the Gendarme that he was just going to Les Granons, 100 metres up the road.

He eventually stomped through the door, two hours after leaving home, laden down with shopping bags, to be greeted with

"Is this a bad time to tell you we're out of firelighters?"