Today was a Big Day for me. 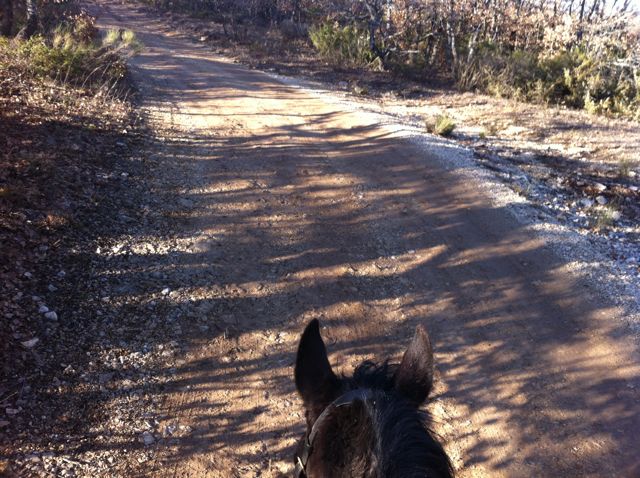 Chips (pronounced Sheeps, not Tchips) came with us, which I wasn't to happy about initially, but it turned out Aero looked on her as a companion, not a predator. 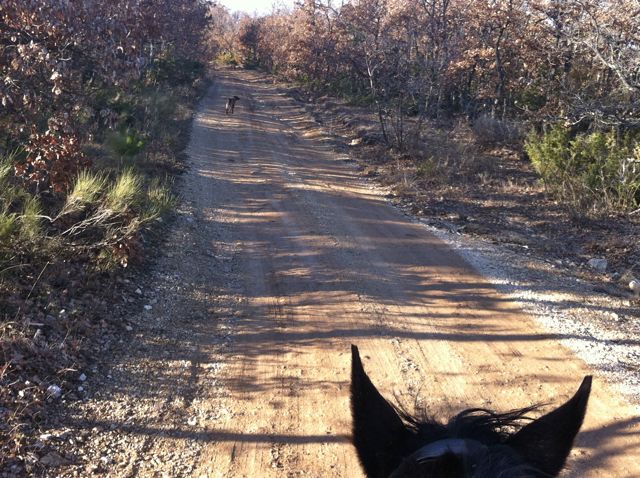 We had a mostly uneventful forty minute hack.  The bit that was not Mostly Uneventful was when two big black dogs came charging at us, barking ferociously.  Fortunately, Chips turned out to be a useful decoy and she distracted them while Aero and I made our escape.  We were both a bit worried about her for a while, but she reappeared eventually (unscathed).

Aero was a bit lazy heading out and a bit turbo-charged heading home, but the feeling of tension throughout his body that was apparent even when walking in hand three months ago is gone.

This week has been great with both horses, I had a really good arena session with Aero on Monday where I felt like I was actually getting somewhere with him, followed by another good session with Flurry on Tuesday (after I chipped all the muck off him!)

I'm not sure if I'll get to ride on Thursday (Cinny has to go to the Vet) or Friday (the farrier is coming) but even if I don't, it's been a good week.