Who is this horse and what has he done with Aero?

Who is this horse nuzzling the muzzle of the demonic-horse-eating-sometimes-invisible-killer-death-donkey-from-hell? 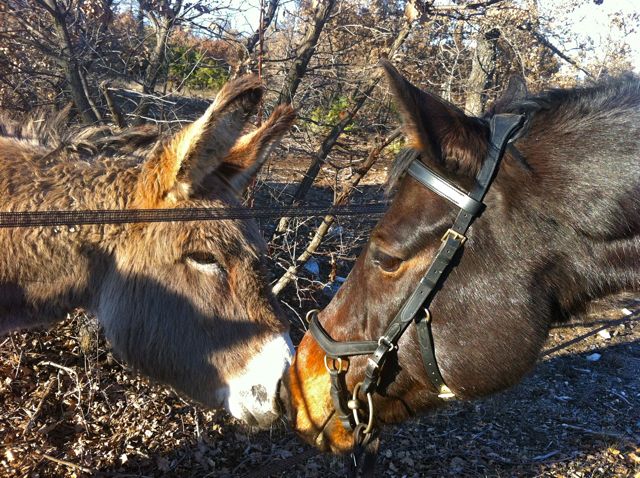 What on earth happened?  Suddenly, the Killer-Death-Donkey-From-Hell is not scary!

Today, Aero and I did about half an hour in the arena in walk, trot and canter.  Initially, he spooked at some barrels at the side of the arena, but his spookiness felt different somehow - it didn't feel like I was sitting on an unexploded bomb, it just felt like he needed to check the barrels out before he could be sure it was safe to pass them, and once he'd had a look at them he was fine.

After he decided that the barrels were ok, he was calm, sensible and a even little lazy in the arena.... quite a lot like Flurry, actually.

Amazingly, I didn't feel like a beginner, struggling to cope with his big, bouncy trot - in fact I even did a couple of steps in sitting trot from time to time.  Is he more supple in the back (and therefore easier to ride), or was he just pootling around in a teeny-weeny trot the whole time?

Although it was a very gentle session, he worked really well, bending equally in both directions, stretching down beautifully into the contact when we did Long'n'Low and he finished up with a nice little bit of foam around his mouth : 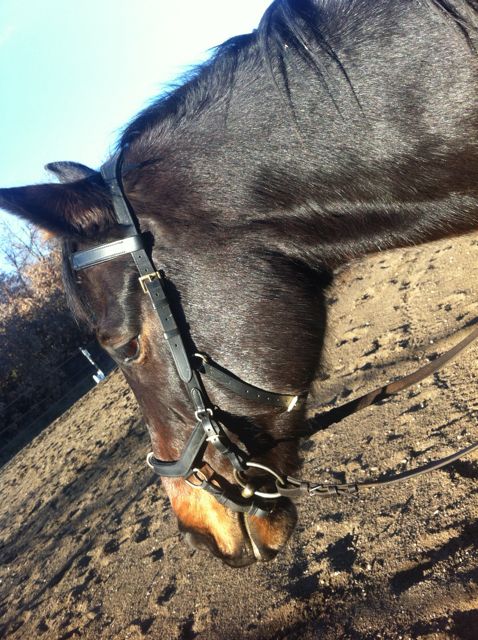 A closer look at his "white lipstick!" 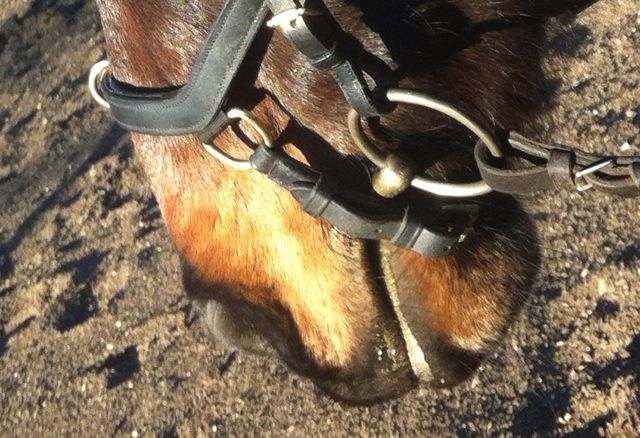 I'm beginning to think the osteopath has a lot to do with this... or maybe, as Allison said on my last post, it's a combination of everything - he's settled more, he needed a break and the weather is nice and mild.  Who knows!

I kept the session short because I was so happy with him, but we practised leg-yielding in walk and did a few walk/canter transitions just for fun, as well as walk and trot circles & turns.

This is more like the horse I've known and watched for the past thirteen years!
Posted by Martine at 20:06

Email ThisBlogThis!Share to TwitterShare to FacebookShare to Pinterest
Labels: Aero